STURT
Sturt has called upon a premiership bigman for its contest against West on Sunday.
Former Geelong rookie Tom Read has been rewarded for his strong form in the Reserves last week after playing his return game from a serious calf injury.
Read had 16 disposals, seven marks, six tackles and four clearances to suggest he is ready for elevation.
Utility Joel Thiele, who had 26 disposals, eight tackles and a goal in the Reserves, has been included on the five-man extended interchange bench.
League
F: M. Evans, Patullo, Riley
HF: J. Hone, Sutcliffe, Greenslade
C: Pearce, Colquhoun, Crocker
HB: Sumner, Stephens, Carey
B: Illman, F. Evans, Edmonds

Westies were brave last week while Sturt have not been that impressive. But I reckon the double blues will get home at home by 3 goals.

I think we'll struggle to score goals there. I can see our forward 50 being crowded out and we don't have many reliable avenues to goal. 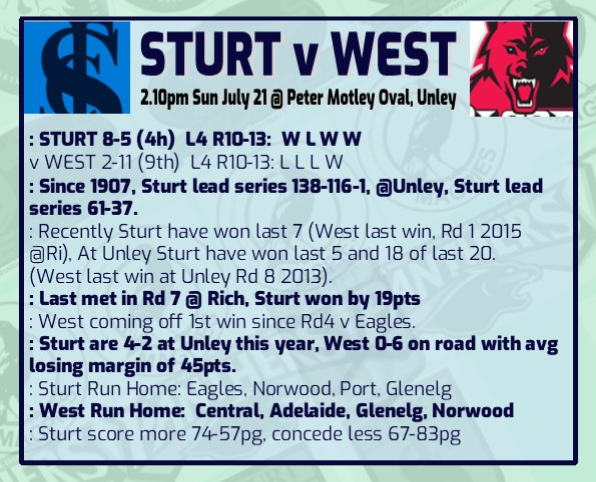