SOUTH
South Adelaide could field an unchanged line-up when it hosts Sturt on Sunday.
Utility Tom Whittlesea and defender Lee Hoey have been added to the Panthers’ squad of 23.
They have both been named on the five-man extended interchange bench, with coach Jarrad Wright to decide on who makes the final 21.
League
F: Emery, Davis, Biemans
HF: Schwarz, Overall, Cross
C: Noble, Karpany, Irra
HB: Haines, Summerton, Brown
B: Rose, Crabb, Loneragan

Should be another good game. South have covered the loss of all their ruckmen well and have been a bit of a surprise packet this year. I reckon they will be too good for the Blues at Noarlunga by a couple of goals. 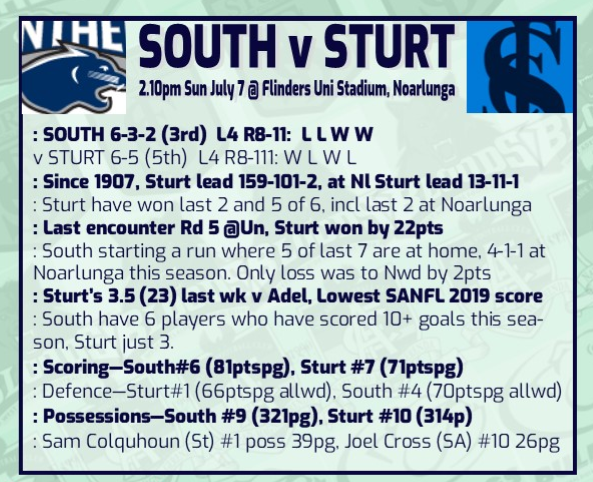