Can North move to even keel on points, or will South continue their form run?

Always a tough ask at Prospect.
I think South can win if they can play 4 quarters of footy- something they have failed to do so far this season. It will be an interesting week at selection with a few in doubt I believe, so our depth is beginning to be tested. Its also about time a few South players started looking after one of their own who is belted from pillar to post and siren to siren by one of the oppositions nuffys every week too; pretty clear the umpires are turning a blind eye to it as well.
South to win by 2 pts. 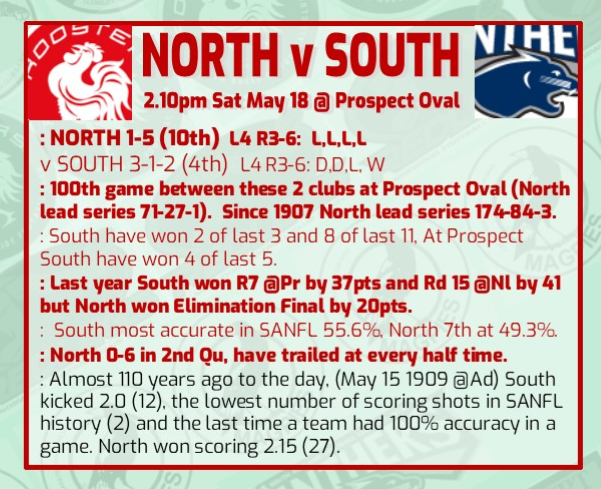